As many as five IPL franchises have picked the same number of Sri Lankan players in IPL 2022 to play for their sides in one of the top T20 cricket leagues in world cricket.

Maheesh Theekshana to play for CSK

Chennai Super Kings have picked Maheesh Theekshana in their squad for IPL 2022 edition. He is amongst the few spinners in world cricket to look out for over the past year or so and his mystery and variations made him a surprise package.

21-year-old off-spinner already played 48 T20 matches and picked up 51 wickets. This IPL could be a big leap in his career at the top level.

Chamika Karunaratne to play for KKR

Another young Sri Lankan all-rounder Chamika Karunaratne has been picked up by Kolkata Knight Riders fir complete their IPL squad for the 2022 season. Karunaratne hasn’t had an outstanding so far in his 59 T20 appearances but his potential made him a good pick for KKR.

Dushmanta Chameera to play for LSG

Dushmanta Chameera can be rated as a late bloomer in Sri Lankan cricket as his career was marked with injuries as well. A thin fast bowler who can bowl yorkers at good speed has been picked up on reputation as he has played close to 90 games in the shortest format of the game by Lucknow Super Giants.

Bhanuka Rajapaksa to play for PBKS

Bhanuka Rajapaksa is another Sri Lankan player in IPL and he will play for Punjab Kings. Middle-order batsman maintaining a strike rate of 135 in 105 T20 games so far. The left-hand batter can also role his arm over if the team needs and can be a good pick in T20 format.

Wanindu Hasaranga to play for RCB

6th best bowler in ICC t20I rankings Wanindu Hasaranga completes the list of Sri Lankan Cricketers in IPL as he has been picked by Royal Challengers Bangalore for IPL 2022 edition.

115 wickets with mystery bowling and have the ability to hit the ball with a strike rate of 137 in lower middle order made him a valuable player in any format of the game. 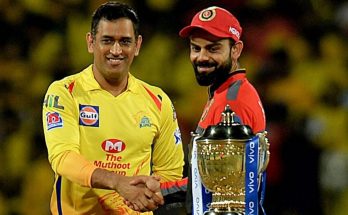