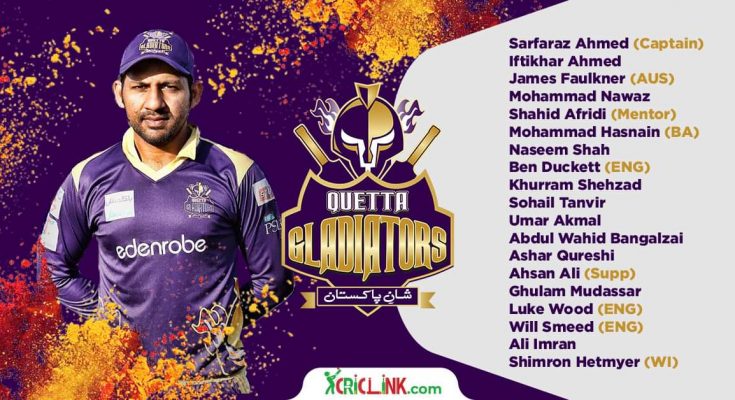 Winner of 2019 PSL title Quetta Gladiators representing the provincial capital of Balochistan is one of the top T20 leagues. Detailed analysis on Quetta Gladiators Squad in PSL 2023 is below for our valued readers.

Quetta Gladiators’ final squad for PSL 7 edition consists of a good blend of youth and experienced players both from the international circuit as well as locally groomed players. A talented bunch of overseas players in the Quetta PSL 7 squad make them one of the top contenders to become PSL champion this year.

Former Pakistan captain Sarfaraz Ahmed will continue to lead the QG franchise in PSL 2023. Quetta is the only team in PSL history to have the same captain throughout.

Sarfaraz Ahmed will be the regular and first-choice wicketkeeper of QG. However, Umar Akmal can also keep but he will only be utilized in emergencies.