Not many top ranked T20 League in the world is possible without Caribbean Players. However, this time we see a new lot of West Indies Players in PSL 2022 as overseas players. They are not that much renowned, but they can play high quality T20 Cricket. PSL 2022 will see 6 West Indian cricketers in 3 different PSL Teams.

Multan Sultan, Peshawar Zalmi and Karachi Kings are the three teams in PSL 2022 edition that have picked West Indies cricketers.

Odean Smith and Rovman Powell were picked by Multan Sultans in PSL 2022 Draft. Powell featured for Peshawar Zalmi last year. Powell failed to do anything significant last year in PSL. Recently he has been firing all cylinders in the LPL and Abu Dhabi T10 League. Powell played 3 games in the LPL 2021 scoring 104 runs, averaging 34 and had a strike rate of 236. Powell could be absolutely destructive in PSL if he continues his brilliant form.

Odean Smith showed great control with the ball in the final 2 T20Is against Pakistan. Smith is well known for his controlled bowling in T20 Cricket. He has featured in just 30 T20 games so far and has picked 35 wickets. He also has a batting average of 18 and a strike rate of 128 which proves that he is a handy batsman too.

Sherfane Rutheford will be the lone Caribbean player in Peshawar Zalmi in PSL 2022. He was retained by Zalmi after he scored 276 runs averaging 34 in PSL 2021. He was Zalmi’s third highest run getter in the event and had a strike rate of 153. He is recent form has been questionable as he failed to do anything significant in LPL 2021, but he does have the potential and he has done well for Zalmi in the past.

His batting average is 23 and he has a strike rate of 161 which makes him a very good finisher. With the ball he averages 20 and has an economy rate of 8.5. He has shown some good performances in the T20I Series against Pakistan and the Abu Dhabi T10 League as well. 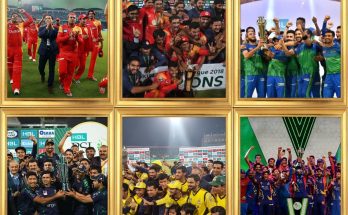