As many as 22 South African Players showed their availability and got themselves registered for the auction of IPL 2021. It includes the plenty of new & emerging players as well as established names of South African cricket.

10 South African cricketers in IPL 2021 representing various IPL teams during IPL 2021. Many of them have been retained whereas few are new signing.

All rounder Chris Morris stole the limelight when he became the most expensive player of IPL history when he was plucked by Rajasthan Royals this season for a gigantic amount of INR 16.25 crores during IPL mini auction 2021.

South African Players in IPL 2020 featuring the most in Chennai Super Kings than any other IPL franchise this season. They retained all 3 South African cricketers in their stars this year too. Trio of Imran Tahir, Lungi Ngidi and Faf Du Plessis, all were retained by CSK.

Former South African captain with experience of major T20 franchise cricket leagues Faf du Plessis will continue to be part of CSK. In 84 IPL outings, he has scored more than 2000 runs with 16 half centuries to his name. Chennai Super Kings have always relied on experienced cricketers and that is the reason why Faf was retained.

Imran Tahir is another vastly experienced campaigner. Since his retirement from International cricket he has been part of almost all T20 franchise cricket leagues around the globe.

42 year old Imran Tahir is a veteran of more than 300 T20 matches and taken 384 wickets with an economy of under 7 and average of 19.90 which is exceptional figures for a spinner by any standard.  He has featured in 58 IPL Matches and has taken 80 wickets.

Lungi Ngidi is the youngest of the South Africans to be retained by Chennai Super Kings. They have showed faith in the youngster because of his fiery pace bowling.

Ngidi has played 75 T20 matches mainly in IPL and South African domestic circuit and have more than 100 wickets at an average of under 18 runs per wicket.

Delhi Capitals retained their two pacers from South Africa for IPL 2021. A former No.1 Ranked ODI and Test bowler Kagiso Rabbada was retained along with one of the new members of South African bowling contingent Anrich Nortje.

Kagiso Rabbada has been with Delhi since 2017 and infact Delhi is the only team whom he represented in his T20 career other than South African domestic cricket.  With 61 wickets to his name in IPL at an average of 18.09.

Rabbada is a wicket taking option and is picking wickets in IPL on every 13th ball which is quite an astonishing achievement and he was the top wicket taker of IPL 2020 with 30 scalps.

Anrich Nortje was retained by Delhi Capitals for INR 89.82 Lacs

Anrich Nortje made headlines when he bowled the fastest ball in IPL history last season. Known for his deadly pace Nortje also holds the record for top 4 fastest deliveries ever bowled in IPL History.

Nortje is relatively a new entry to cricketing limelight and never played for any other franchise other than Delhi Capitals team and he made this opportunity count by picking up 22 wickets last season which made him the 4th Highest wicket taker of the tournament.

Quinton De Kock scored 503 runs in IPL 2020, and he took the wicket-keeping responsibilites as well.  With a strike rate of 140 runs per 100 balls last year, De Kock became an important member of the Mumbai Indians top order, and he will look to continue from where he had left last year.

Marco Jansen is a 21st Century player, who is a bowler but can bat a little bit too. He has just 6 wickets in 10 T20 games in his short career, but his first Class average with the ball is just 22 and that is probably the reason why Mumbai Indians showed faith in this emerging star from South Africa.

Yet to make IPL debut

Chris Morris is Most Expensive Buy In IPL History with RCB for INR 16.25 Crore

Chris Morris has previously represented RCB, CSK, DC and DD in IPL. This will be his first Stint with Rajasthan Royals. Morris picked 11 wickets at an average of 19 last year for RCB but RCB still decided to release the all rounder.

THE MOST EXPENSIVE PLAYER IN #IPL HISTORY IS NOW A ROYAL!!!

With a batting strike rate of 157 in IPL, and bowling economy of 7.8, Morris’ price tag is justified for IPL 2021 but this new high will definitely put him under pressure.

David Miller is a vastly experienced T20 player. He is in form and we saw glimpses of his great batting in the first ODI between Pakistan and South Africa. In 80 IPL outings Miller average 33.64 with a strike rate of 138. Rajasthan will be relying on Miller for the finishing role this season as well.

World #1 T20I bowler Tabraiz Shamsi joined Rajasthan Royal as replacement of Australian Player Andrew Tye who made himself unavailable from 2nd phase of IPL 2021 in UAE. Shamsi who bowls chinamen which is a rare breed in international cricket.

Shamsi has played 166 T20 games for various T20 franchise including the 100 cricket and picked up 187 wickets with an average of just over 22 runs per wicket.

AB de Villiers was retained by RCB for INR 11 Crore

Known as the superman of cricket, AB De Villiers was retained by RCB ahead of the IPL 2021 auction. De Villiers has been with RCB for a very long time now. Last year he scored 454 runs with a gigantic average of 45 and strike rate of 158.

AB De Villiers is all class in every department of the game. He is adaptable, he can keep the wickets and he can field very well too. He is also a backup captaincy option for Royal Challengers Bangalore and probably their most valuable player after skipper Virat Kohli. 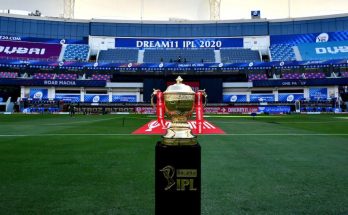