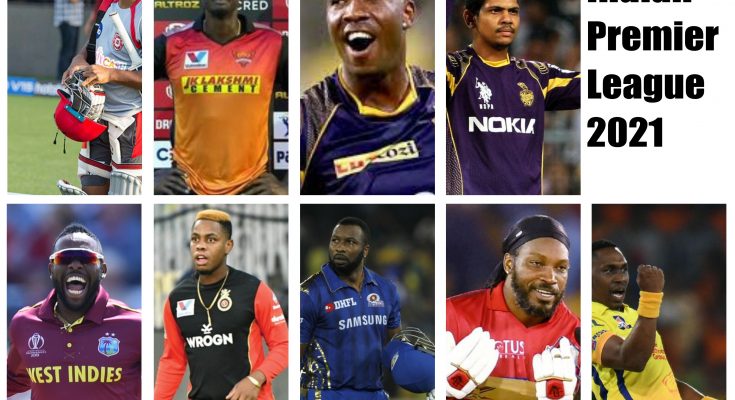 No T20 league in the world is complete without Caribbean Players. There have been numerous T20 Stars from West Indies and they are the only side to win the ICC World T20 twice. List of West Indies Players in IPL 2021 is also quite long.

IPL is also incomplete without West Indies players just like the presence of West Indian Players in Big Bash League and Pakistan Super. A total of 18 players from the Caribbean Island have showed their interest / availability for IPL 2021 during IPL 2021 auction.

Following is the list of 18 players from West Indies who were willing to complete teams & squads for IPL 2021 edition:

9 Players were selected from the available 18 to feature in IPL teams from West Indies. Out of these 9 players, 8 were retained while 1 West Indian player was picked in the auction. Punjab Kings Squad has the maximum number of West Indies Players as they have got 3 Caribbean stars in their team.

Fast Bowler Sheldon Cottrell and explosive opening batsman Evin Lewis were the two unlucky and surprised omissions from the teams and surprisingly failed to earn an IPL contract.

Detailed Analysis of all the West Indies players in IPL 2021 is given below:

Kieron Pollard was retained by Mumbai Indians in INR 5.4 Crore

Kieron Pollard is the only Caribbean player in Mumbai Indians Squad for 2021 IPL Pollard recently created history when he became the first batsman to hit six sixes in a T20I game.

Current West Indian T20I’s skipper has vast experience of 164 IPL matches which he gained while representing 2 different franchises in IPL makes him one of the finest overseas players in IPL history.

With 60 wickets and over 3000 IPL Runs the West Indies skipper is one of the main components of MI team and was retained by the defending champions for another season to destroy the opponents once again.

Punjab Kings Coaches decided to retain the universe boss, also known as the T20 king Chris Gayle. Gayle is undoubtedly the most prolific T20 player in world cricket. Gayle is the second most experienced West Indies player in IPL with 132 matches under his credit.

His IPL batting average of 41 runs per innings is a gigantic one and that too at a strike rate of 150 and his IPL career runs are punctuated with 6 centuries which is most by a batsman in IPL history and that makes him an automatic retention.

Nicholas Pooran is another hard hitting West Indies player who has been retained by Punjab Kings team. He is quite young and has shown his immense talent in multiple leagues around the world.

Nicholas Pooran has come of age recently and has been one of the dependable West Indian batsmen in shortest format of the game at international level. With an unbelievable batting strike rate of 165 maintained over 21 match IPL career.

The third and final West Indies player in Punjab Kings is Fabian Allen. He is the only West Indies player gained attention in IPL auction 2021 season. He is a handy all rounder and would to leave a lasting impression in his 1st IPL season.

He has the talent to thrive in franchise T20 cricket leagues as he already have 14 wickets and 120 runs for West Indies in 19 T20I games.

Yet to make IPL debut.

If we say Indian Premier League gives Andre Russell recognition than I want be wrong as Russell’s destruction was first witnessed in IPL. IPL career strike rate of 182 runs per 100 balls in IPL with an average of 29 makes him one of the best finishers of IPL.

His 61 wickets at 28 runs per wicket makes him more than a handy bowler during IPL editions and his presence in KKR squad will definitely increase KKR chances of winning.

Sunil Narine who started as a mystery spin bowler but after his action gets reported multiple times at international level he has developed himself as a batsman and KKR has used himself at the top slot regularly.

Although his bowling action has reported at international level but he is bowling regularly in IPL.

Rockstar Dwayne Bravo was retained in Chennai Super Kings squad. Many believe that Bravo is not the same as he used to be, but Chennai once again showed faith in Bravo for IPL 2021. Bravo missed many IPL matches last year due to injury.

Bravo has taken 153 wickets in his illustrious IPL Career and also he is a good striker of the ball lower down the order. He is kind of an entertainer on and off the field and Chennai will hope that he continues to provide the entertainment in on the field this season.

Jason Holder was retained by Sunrisers Hyderabad in INR 75 Lacs.

Regarded as the most underrated cricketer of the modern era Jason Holder will continue to be part of Sunrisers Hyderabad team. Once being the No.1 Test All rounder Jason Holder has been relieved from West Indian captaincy

He has featured in 18 IPL games and has a healthy strike rate of 123 with the bat for a player who bats lower down the order and has 19  which makes him a genuine all rounder.

Shimron Hetmyer was retained by Delhi Capitals in INR 7.75 Crore

Shimron Hetmyer has the potential but his best is yet to show for Delhi Capitals. In 17 IPL games he is averaging just 21 with the bat however he is striking this at strike rate of 138 but his 1 fifty plus score in 18 game is still not justify his talent.

West Indian duo of Fast bowler Oshane Thomas and explosive opening batter Evin Lewis will be seen in action during UAE phase of IPL 2021. They will replace England couple of Ben Stokes who has taken break from international cricket and wicket Keeper Jos Buttler who decided to not to feature in remaining matches of IPL 2021. 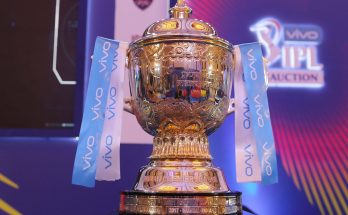