Afghanistan is one of the newest team in world cricket but progression of their players especially in t20 leagues is phenomenal. Presence of Afghanistan Cricketers in CPL 2021 is not surprising but presence of new players instead of old race horses like Rashid Khan and Mohammad Nabi is exciting.

There are half dozen Afghan cricketers picked in initial CPL draft but only 2 CPL franchise have picked up 3 Afghan players in final squads for 2021 edition of Caribbean Premier League. Due to CPL fixtures for 2021 collided with Afghanistan series many top players not available for CPL 2021.

Afghan bowling duo of Waqar Salamkheil and Naveen ul Haq will be picked to represent Guyana Amazon Warriors in CPL 8th edition in 2021.

Right arm fast bowler Naveen ul Haq is more experience of the two as he has played 70 T20 games including T20 franchise teams in Lanka Premier League and Bangladesh Premier League. He has taken 87 wickets so far in T20 format.

On the other hand, young left arm leg spinner Waqar Salamkheil is new to shortest format of the game and have played 23 T20 matches and picked up 33 wickets. He was also picked up by Peshawar Zalmi in PSL 2021 edition.

Another young spin sensation from Afghanistan Qais Ahmed has been picked up by Jamaica Tallawahs to play as overseas player in their side for CPL 2021 edition. Hepicked up 92 wickets in 85 T20 matches while representing teams in Pakistan Super League, Lanka Premier League, Caribbean Premier League and Big Bash League.

He was also amongst the few Afghan players in 100 cricket format recently took place in England. 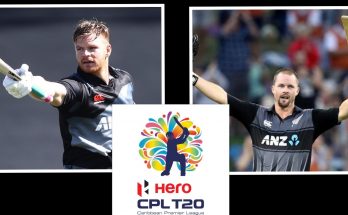