Hotstar is not unknown to viewers of OTT (over the top) streaming. Online streaming service started by Star (for India) owned by Star India but later it become global as it is operated by Disney Media and Entertainment Distribution and it becomes Disney+Hotstar with expanding its streaming wings to the USA.

With Star Sports becoming the official broadcast partner of ICC till 2023 so Hotstar+Disney also enjoying the same because Hotstar is one of its distribution entities. Hotstar will live stream all 45 matches of ICC WT20 2022.

Hotstar has restriction in many countries and is only available in selected territories. Below is the list of best VPN available for disney hotstar cricket live streaming and you can watch live cricket matches anywhere by using below options.

Pakistan and India enjoyed one of the fiercest cricket rivalries on the field in cricket history. Pak vs Ind record in T20I cricket is dominated by India but any team can get better of rival when it comes to India Pakistan games.

Watch India vs Pakistan Live during WT20 2022 on Disney+Hotstar to enjoy uninterrupted coverage.

Indian Premier League is one of the top ranked t20 cricket leagues in world cricket now a days. Hotstar is providing live IPL matches for cricket fans in different parts of the world where it is accessible. As per schedule of IPL 15th edition there will be 70 matches excluding play off which schedule will be announced later on.

For Hotstar Mobile users in just INR 499/- per year (a single device, mobile-only plan) is available for exciting live cricket streaming on hotstar+Disney.

For TV and Laptop a package named Super in INR 899/- per year (access to 2 devices across mobile, web and living room devices) to enjoy live streaming of all 45 matches of T20 World Cup 2021.

If you wish to run DISNEY+HOTSTAR on 4 devices simultaneously than a Premium in INR 1499/- per year is the way to go for you.

USA viewers of can get a monthly recurring plan subscription at subscription fee of 19.99$ + taxes every month. Whereas for annual subscription of Hotstar USA package is in $49.99 + taxes per year.

Hotstar Canada viewers of can get a monthly recurring plan subscription at subscription fee of C$ 12.99 + taxes every month however for annual subscription of Canada Hotstar package is in CAD 49.99+ taxes per year.

Canada, United States and United Kingdom viewers can use ROKU to see live Streaming on Hotstar+Disney.

LG webOS TVs can be used if you are residing in India, Canada, United States, and Malaysia. 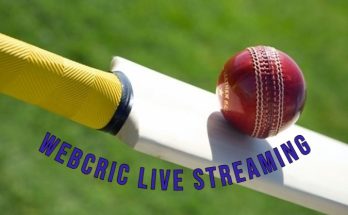