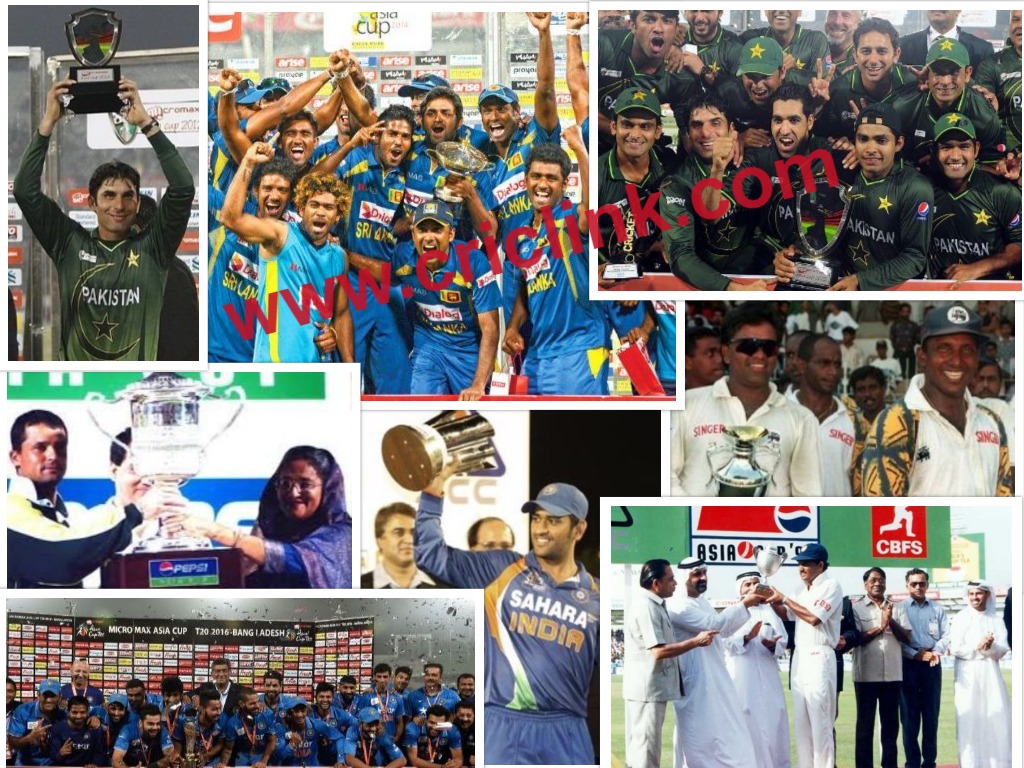 With Asia cup 2018 just about to start in few days time, we are coming up Asia Cup special with a series of blogs on “Asia Cup Records”. In first part of this Asia Cup Special we will be looking at Asia cup team records and this will be followed by Asia cup batting records and Asia cup bowling records respectively in next few days.

First Asia cup edition was played in 1984 in UAE after 13 years of ODI cricket and almost after 9 years of first cricket world cup that took place in England in 1975. Since than 12 editions of Asia cup took place till 2013-14. Sri Lanka and Bangladesh both have hosted this event 4 times each, twice this event took place in UAE and once in India and Pakistan. Although Sri Lanka has bloomed late at international level but in Asia they have emerged as a force especially in ODI cricket since becoming full member of ICC. Sri Lanka and India both have the honour of winning Asia cup 5 times each; remaining two editions have been won by Pakistan. This shows the dominance of India and Sri Lanka in this particular competition.

Sri Lanka have played most number of matches in the competition 48 followed by India and Pakistan who have played 43 and 40 matches respectively. Bangladesh have also played 37 matches where as new test playing nation Afghanistan who started featuring in last edition have played 4 matches, just like UAE and Hong Kong.

Sri Lanka also topping the charts with most wins under their belt followed by India and Pakistan.

As mostly Asia Cup got played on dry pitches of sub continent which made crowd to witness high scoring matches. Pakistan have made the record of highest team total in Asia Cup when they amassed total of 385/7 while batting first in allotted 50 overs against Bangladesh in Dambulla, Sri Lanka. In all 21 times teams have scored more than 300 runs in their full quota of overs. Pakistan leading there as well as on 8 instances they have crossed this landmark, followed by India who have scored 300 or more 6 times; whereas Sri Lanka and Bangladesh achieved this feat 5 and 2 times respectively.

On the other hand Indian’s has chased the highest total in Asia Cups. India have chased total of 330 against Pakistan at Dhaka in 2012 edition.

For lowest total it happened 4 times that team have bundled out  under 100 runs and Bangladesh have this bad record associated with them as 3 out of 4 times they are the unlucky side who failed to cross 100 run mark. Sri Lanka is the other side who have achieved this unwanted feat. Bangladesh getting out on 87 runs against Pakistan in 2000 is the lowest total ever scored in Asia Cup’s history.

Thats all in the first part of this series of blogs for Asia Cup, we will soon be uploading Asia Cup Batting records.