Australia is ready to launch its new generation who are ready to take on world as Australia test squad vs India 2020 announced. Australia Test Squad to face India in test matches consists of as many as 05 players who have not played test cricket before.

Two players with their first international call up as Will Pucovski &Cameron Green have been named in Australia’s squad for the Test series against India.

Whereas other three players legspinner Mitchell Swepson and pace-bowling all-rounders Michael Neser and Sean Abbott who previously represented Australia at international level but have not made their test debut yet.

As a new norm extended pool of players announced to meet COVID-19 requirements and bio-secure bubble.

Will Pucovski and Cameron Green are the two stands out performers in current Sheffield Shield season and both were in Australian selectors radar from quite some time.

Interestingly Pucovski has been made to open this season and he repaid the faith with two double centuries in two matches Victoria and took his first class career average to 55 in Australian domestic circuit. Pucovski is currently top scorer with 495 runs in Sheffield Shield season with staggering average of 247.5 runs per innings.

On the hand Cameron Green didn’t bowl much but scored 197 and 2 fifties in recent summer so far which further strengthen his case for test selection as he is already in Australia’s ODI squad to face India.

Fast bowler Sean Abbot’s transformation as an all-rounder paved his way into Australia test squad as so far he has taken 14 wickets with summer with scores of 60, 18 not out, 66, 15 & 102 not out with the bat for New South Wales.

Michael Neser who also registered his 1st career century this season with 10 wickets so far impressed selectors to put his name in squad sheet to face India this summer.

Leg spinner Mitchell Swepson is currently topping the bowling charts in Sheffield Shield season with 23 wickets in 3 outings for Queensland but still he will have to wait his chance and front line spin bowling option is secured by Nathan Lyon in Autstralia playing 11.

Joe Burns struggled continues this season so far with 57 runs in 5 innings but still he manages to hold his spot in expanded Australia Test Squad vs India 2020. 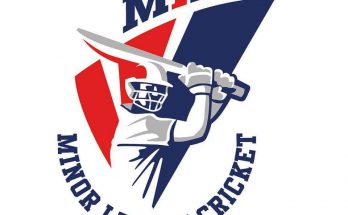