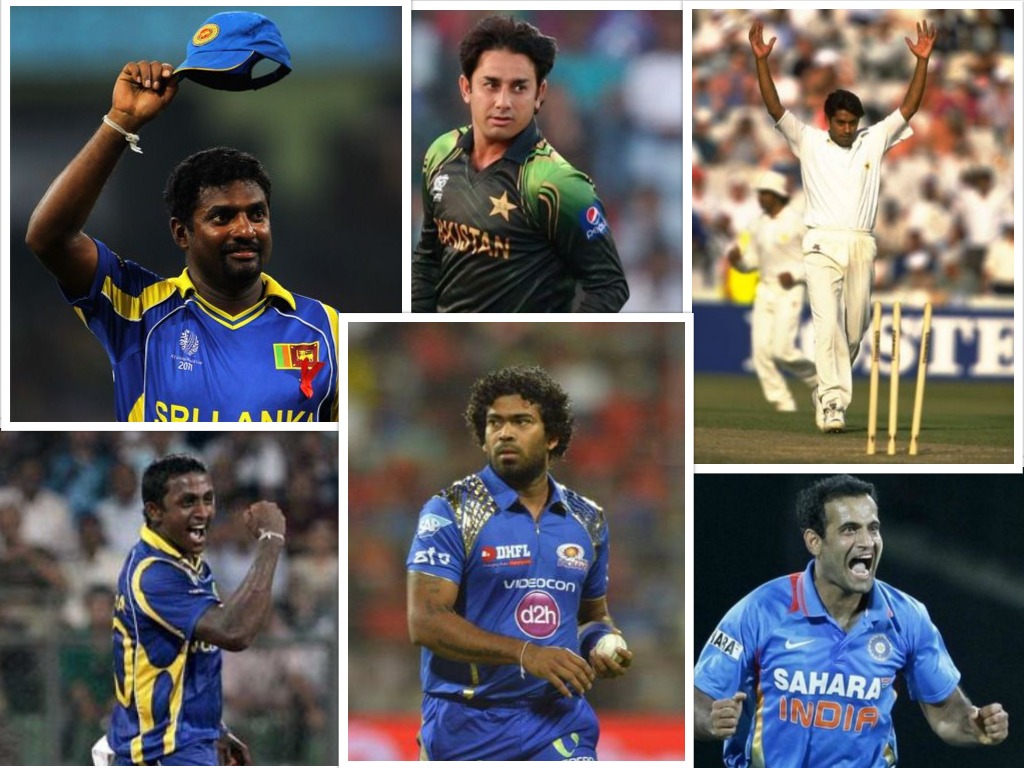 In our last part of Asia Cup special we are going to look at Asia Cup Bowling Records. In our last two blogs we have already discussed Asia Cup Team records and Asia Cup batting records.

Due to the slow and dry nature of pitches in Asia spinners have dominated the bowling charts in all Asia Cup editions. If you look at the bowlers with most wickets during Asia cup careers than first three spots were captured by spinners. Sri Lanka’s spin wizzard Muralitharan topped the bowling charets with 30 wickets at an average of 28.83 runs per wicket. Ajantha Medis of Sri Lanka stood 2nd with 26 wickets but at an exceptional bowling average of under 11 runs per wicket and strike rate of 16 balls for a wicket in just 8 matches before mystries in his bowling action got worked out by oppositions. Pakistan’s Saeed Ajmal is at 3rd spot with 25 wickst in 12 games with an average of under 20 runs per wicket. Below is the list of bowlers with most wickets in Asia Cup career. Intrestingly Sachin Tendulkar of India has more wickets to his name in Asia cup than Pakistan’s Wasim Akram.

if you look at top bowling performances in Asia cup history than Best bowling figures in Asia Cup was registered by Sri Lanka’s Ajantha Mendis when he broke through strong Indian batting order with his spin magic and took 6 wickets for 13 runs which is the only instance of bowler taking 6 wickets in an Asia cup match. 2nd and 3rd spot was sealed by Pakistan’s fast bowler Aaqib Javed and India’s spinner Arshad Ayub who took figures of 5/19 and 4/21 respectively against each other.

In Asia Cup Bowling Records Sri Lanka’s Lasith Malinga has taken 3 five wicket hauls in an Asia cup match and so far it is the most by a bowler in Asia Cup history.


Followed by his own countrymen Ajantha Mendis who took 2 five wickets in 2008 edition during his dream run. List of Asia Cup five-wicket hauls is mentioned below:

Ajantha Mendis also have the record of most wickets during an Asia cup edition under his belt. He took 16 wickets in 2008 edition. Followed by India’s left arm swing bowler Irfan Pathan and Sachin Tendulkar who both took 14 and 12 wickets respectively during 2004 edition.


Hoping that you have enjoyed our series of blogs on Asia Cup Team Records, Asia Cup Batting Records and Asia Cup Bowling Records. To get yourself updated with other interesting information about cricket keep visiting our website www.criclink.com