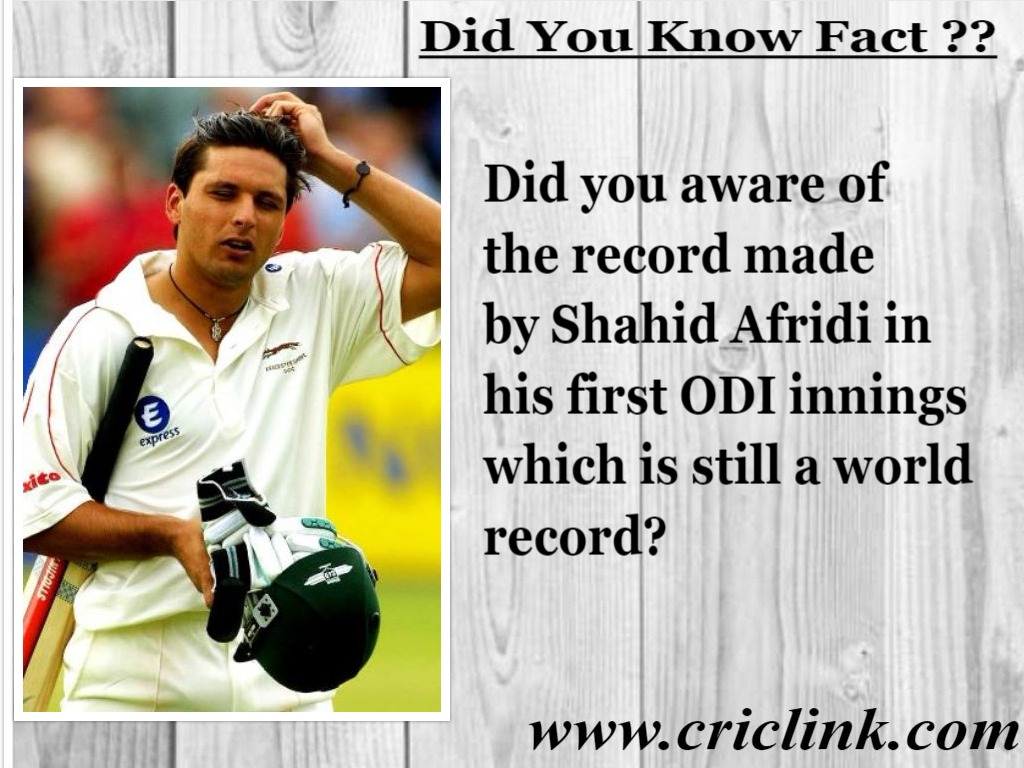 During this innings Shahid Afridi also made record of fastest Century and equaled the record of most sixes in an ODI innings both was previously held by Srilanka’s Sanath Jayasuria. But both of these record were also taken over from Shahid Afridi in fast paced cricket.