There is plenty of talk going on among the similarities between the Cricket World Cup 1992 which Pakistan won and ongoing edition of Cricket World Cup 2019. Many Pakistani fans were excited when the tournament format was announced. Like 1992 current edition of World Cup also have round robin league.

Since start of world cup 2019 similarities between both the editions have kept superstitious fans on the edge of their seats as  until their 7th match completed yesterday against New Zealand Pakistan have followed the same match result pattern as it was during 1992 world cup which eventually Pakistan won under leadership of charismatic Imran Khan.

There is another similarity which I just observed is regarding the player named as      S Malik. One of the Pakistan’s most experienced batsman Salim Malik hails from Punjab  failed to perform in 1992 world cup and this time it’s another and most experienced head in the side Shoaib Malik also hails from Punjab failed to meet the nations expectations. 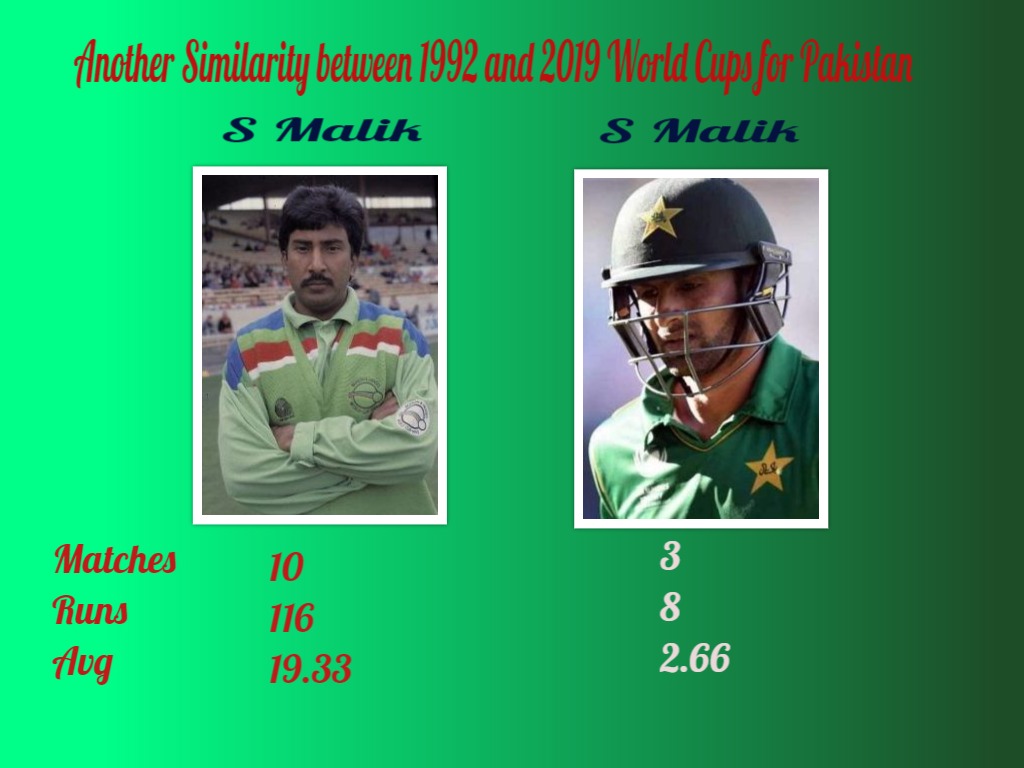 How To Play Cricket – Step By Step Guide