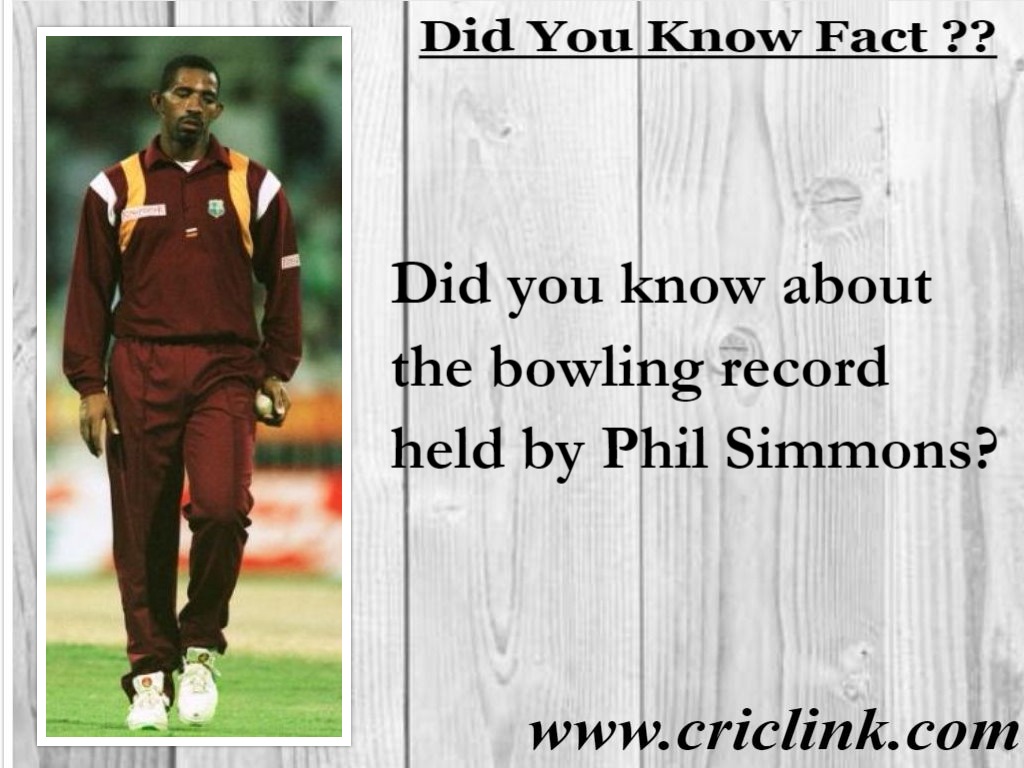 In a One Day International match against Pakistan in 1992 during a tri nation series in Australia, West Indian all rounder Phil Simmons recorded the most economical spells of bowling on ODI cricket. while opening the bowling with his gentle fast medium bowling he gave away just 3 runs in his 10 overs with 8 maidens to capture the 4 Pakistani wickets. Pakistan who were recently triumphant after their world cup glory in 1992 were shot out for 81 while chasing a target of 214 runs in 50 overs and lost the match by 133 runs because of Phil Simmons heroics with the ball.