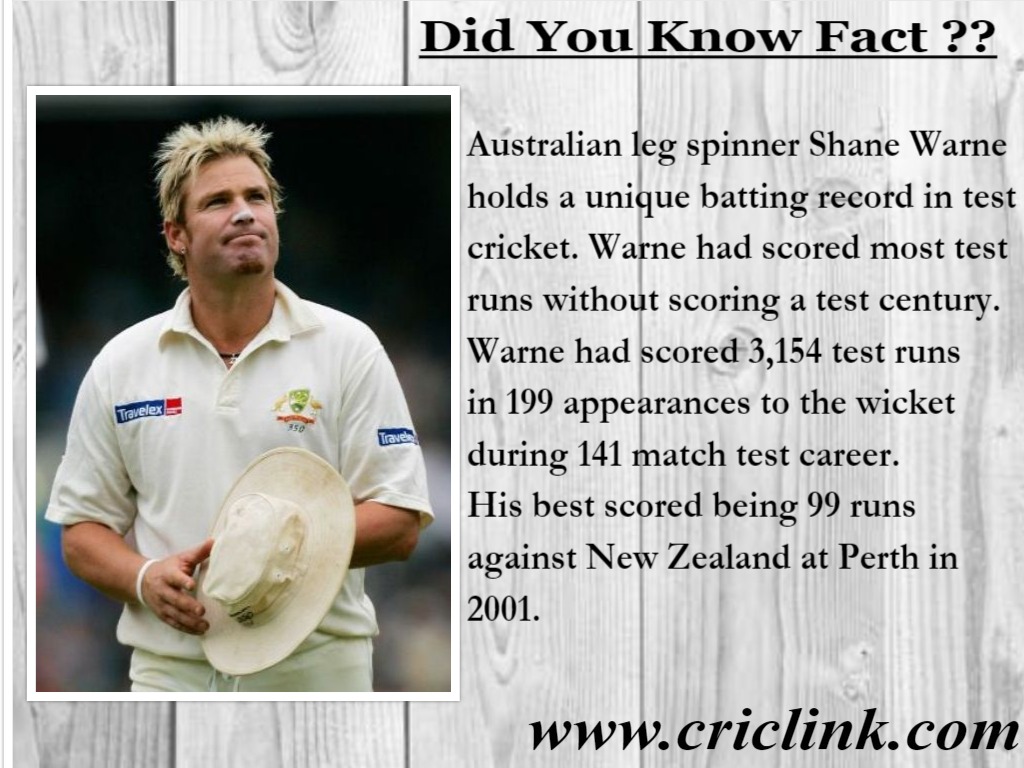 Australian leg spinner Shane Warne holds a unique batting record in test cricket. Warne had scored most test runs without scoring a test century. Warne had scored 3,154 test runs in 199 appearances to the wicket during 141 match test career. His best scored being 99 runs against New Zealand at Perth in 2001.


Warne’s test career spanned over 15 years but he never came close to century ever again although he scored 12 test match fifties over the course of his test career.

2 Comments on “Did You know! Shane Warne has a batting record to his name.”