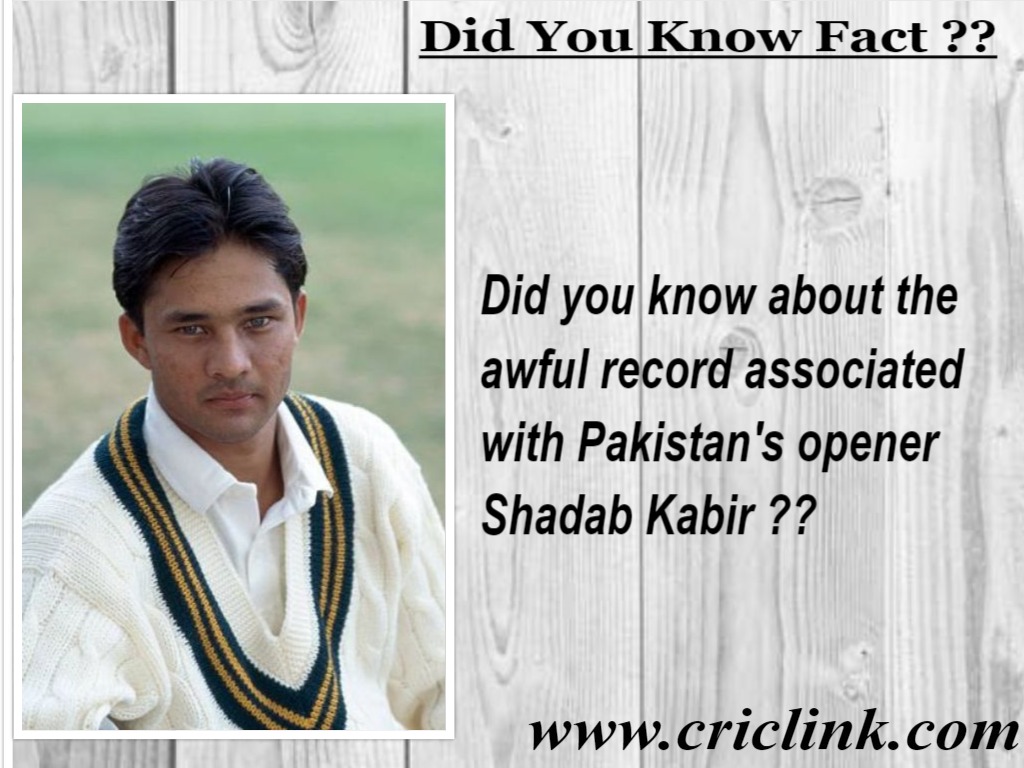 
Unfortunately Shadab Kabir being the only  one who never played again and his 3 match ODI career started on September 01st, 1996 and ended on September 26, 1996 during which he faced 5 balls and failed to open his account in ODI format.

A fine left handed batsman who made his Test debut for Pakistan during tour of England in 1996 and featured in 2 test matches but failure to build on innings and followed by single digit score in a test match in Zimbabwe and string of ducks in his three ODI’s halted his career and went out of reckoning. Although he made a comeback to national side  in 2002 against Bangladesh and scored a fifty in his first international outing after 08 years but a failure in second test match ends the career of Shadb Kabir.


He continues to pay in domestic circuit till 2012 before hanging his boots and recently shown again in one the TV channels giving his expert opinion on cricket.