All the speculations on India’s new coach came to an end when BCCI nominates trio of Shastri, Zaheer , Dravid to coach India in their next assignment. Player’s power prevails as Virat Kohli and his men get the coach whom they wanted in Ravi Shastri. Ravi Shastri who seemed to have played vital role in Virat Kohli’s elevation to captaincy; was favorite for this job.

With new coaching party of Shastri, Zaheer, Dravid on the board it seems that advisory committee consist of Sourav Ganguly, Sachin Tendulkar and VVS Laxman was not more than a dummy as this is the same trio who rejected Ravi Shastri’s application for Indian coach last time & appointed Anil Kumble as an Indian coach.

The position became vacant when India’s top wicket taker Anil Kumble resigned from his position after Champions Trophy 2017, when he came to know that current Indian captain Virat Kohli and his men have reservation on his working style. Anil Kumble took the graceful exit and left the job before BCCI would sack him. Although Anil Kumble had an excellent track record as India’s coach in his shorter stint but the fact that India hadn’t played on foreign soil during his tenure cannot be overlooked.

To help Shastri, BCCI have chosen ex spearhead on Indian bowling Zaheer Khan as a bowling coach and The Wall Rahul Dravid as a batting consultant. Rahul was always tipped for coaching role as he has been succesfully associated with India A and India U-19’s in mentoring the upcoming youngsters. Unlike Shastri and Dravid; Zaheer Khan didn’t have much coaching experience under his belt. Fast bowler who spearheaded India’s bowling unit during 2000’s and his career was cut short due to several injuries during last part of his career. His experience and respect around the Indian cricketing circuit will be fruitful for India’s young crop of fast bowler which is transforming into fearsome force for the first in Indian cricketing history. With inclusion of Dravid & Zaheer duo India team will be having experience of 256 test matches and 544 ODI’s to their support in dressing room.


With inclusion of Dravid and Zaheer in management’s role it seems that India will now be choosing the last generation to oversee its team management roles. As most of the super star from 1990 & 2000’s unit are now been accommodated in BCCI with likes of Sachin Tendulkar, Sourav Ganguly and VVS Laxman are already part of Indian think tank in capacity of advisors. 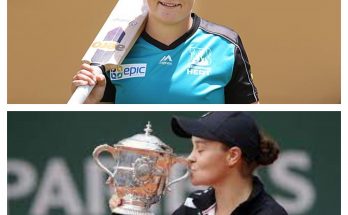