Young Pakistani fast bowler Mohammad Abbas just left for England to play for Leicestershire in county championship. 28 year old Abbas hailing from a modest background is just in his first year of international cricket after making his test debut against West Indies during April 2017 where Pakistan celebrate their first ever test series victory on the Caribbean soil.

After string of good performances in 5 test matches where he grabbed 23 wickets with an average of 21.34 runs per wicket & impressively he hadn’t went wicket less in any innings so far in his short test career.  Mohammad Abbas is lucky to secure a deal with an English county right before the Pakistan tour of England & Ireland which will help him in getting used to English conditions and wickets which suits Abbas type of bowling.

Mohammad Abbas is not a bowler with extreme pace who can blow up an opposition with terror, but he is a bowler who bowls with pace up to 80-85 MPH but his main weapon is his accuracy & swing which helps him in getting wickets.

English conditions which are more favorable to seam and swing bowling especially in early part of season suits his style of bowling. Pitching the ball in right areas consistently with a little bit of swing may help him in playing a vital role in deciding Pakistan’s fate in upcoming series.

If you look at Mohammad Abbas first class career, he made his way into international cricket after spending 8 years in domestic circuit and after coping earlier struggles he topped the Quaid-e-Azam Trophy bowling charts in 2015 with 61 wickets at an average of 16.78 runs per wicket and further enhance the bar of his performances by once again claiming the top spot in 2016-17 season when he grabbed 71 wickets at an impressive average of 12.74 runs per wicket.

If he can acclimatize himself in English conditions and bowl up to his potential than he can be devastating and can achieve what Vernon Philander is doing for South Africa as he is the bowler in same mould. Under Pakistan’s Azhar Mahmood who has plenty of experience while playing for various counties in England during his career he can get some additional pre match support to put his radar right in English conditions. 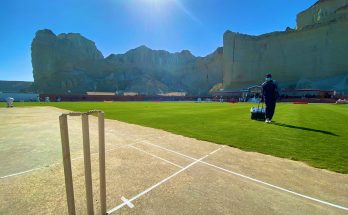