As retirement of Misbah ul Haq & Younis Khan (MISYOU) took place many cricketing pundits was of view that we have almost able replacements of the legends in the form of Azhar Ali & Asad Shafiq but unfortunately both haven’t cope with the expectations associated with them and failed to match the consistency of the retired duo.

In this blog I would analyze the performance of Asad Shafiq who is now having experience of more than 60 test matches under his belt but other than few times he wasn’t able to handle the pressure and failed to convert his starts in something substantial which can help Pakistan in longer format of the game.


Asad Shafiq’s highest test score is 137 which show his inability to bat long once he gets in. 7 out of his 11 test hundreds are below 115 which shows a lapse in concentration as soon as he reached a personal milestone. Many would say that he batted at # 6 in most part of his career which stops him from playing long innings due to lack of support but I think after an experience of more than 8 years at top level he must need to learn the art of to how bat with tail end batsman.


If we divide Asad Shafiq’s career in two halves it become evident that record in either half is not much different this shows that he hasn’t improved at all. With a career average hovering around 40 run mark in modern day cricket where batsman’s with an average of below 50 run point doesn’t ranked in top tier batsman.

Extra ordinary talents like Kohli, Root, Smith and Williamson have average of around 55 runs per test match, then came the second tier batsman with the likes of Pujara, Amla, Warner whose average hovers around 50 run mark per test match. Asad Shafiq’s career average place him in category of an ordinary batsman whose just hung to his place because he is in the good books of coach or management or other batters around him are just not good enough to break into test team.

Another statistics which I came across is his inability to get start at first, almost in 30% of his test innings so far in his test career he failed to cross double figure mark which includes 9 innings in which he failed to open his account with two pairs in 2016 to his credit.

Asad Shafiq have a big boots to fill but he unable to match the footsteps of MISYOU so far but he is lucky enough to held his place due to some good knocks in tough situations but he needs to elevate his game big time in order get recognized as great batsman rather than happily placing himself in the list of players with average career record. 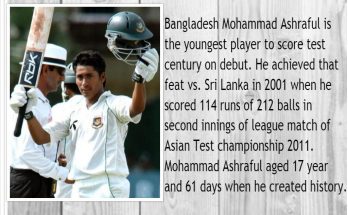