There are speculations that former captain is in race to become either Head Coach or Chief Selector of Pakistan cricket team. Misbah ul Haq as Head Coach or selector is not going well with me.

Misbah-ul-Haq who is regarded as Pakistan’s best test captain as he has most test wins 26 as a test captain under his belt while captaining Pakistan in 56 test matches between 2010-2017.


However Pakistan cricket achieve some greater heights under Misbah as captain most importantly Pakistan team becoming #1 in ICC test rankings in 2016 and Misbah receiving ICC test mace. Another feather in Misbah’s cap attached when he become the first Pakistani captain to win a test series in West Indies and that too in his penultimate test match to receive a grand farewell.

Keeping all these achievements aside Misbah is not suitable of if I rephrase my words is not ready for coaching a test side yet. One of the foremost reasons is Misbah’s zero experience as a coach. Misbah doesn’t not have any coaching experience under his belt he has never coached any U19 side, domestic team and neither any franchise so far.

When Misbah is being asked to act as a mentor in last year’s PSL by Islamabad United, Misbah declined that opportunity as he was more interested to play as a cricketer. Another news came in lately when he denied to coach Pakistan U19 side.
Another reason for which can backfire in Misbah’s case is he has played cricket with almost all the players in current cricket set up either international or domestic cricket. As we have seen in the past Javed Miandad fails against player power when he has been asked to coach lot of players with whom he had played cricket.

On Misbah becoming, he has played domestic cricket till last year and Pakistan Super League till earlier this year, he has friendship or personal likeness with different players playing in current setup, so the situation may arise that selection of players can be done on personal likeness and relationships which can harm Pakistan cricket.

One last reason which I personally feel is that Misbah’s approach which is too defensive when we compared modern cricket approaches of different teams. That was one of the reason what made Pakistan drop in ICC ODI rankings under Misbah.


What Misbah needs to do is to work with junior teams to prove his worthiness for top position with results and also acquires proper coaching qualification before diving in deep waters. As only to be the best captain doesn’t guarantee success as a coach as we have examples of several great cricketers in front of us. 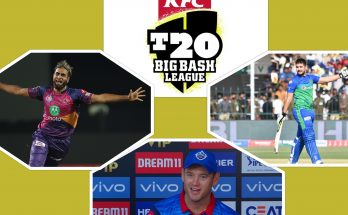