20 year old Abdullah Shafique named in Pakistan squad for Zimbabwe series 2020. Pakistan always known to give chances to raw talent who sparks in domestic cricket with their talent.

Shafique was not known in Pakistan’s domestic circuit before last year’s Quaid-e-Azam trophy when he made his first class debut while playing for Central Punjab against Southern Punjab.

Abdullah Shafique 100 on debut innings which is also his only first class innings to date showed some glimpses of his talent.

Although Abdullah Shafique was pick by Multan Sultan in PSL 2018 for USD 10,000 but wasn’t able to make his PSL debut till now. He worked in Multan Sultan camp with Gio Colussi to enhance hi skills and it paid off when he got chance in first class cricket.

What questions are you asking in training and what messages are you sending?⠀⠀Here's a look into some of the work Batting Performance Specialist Gio Colussi did in Pakistan with Abdullah Shafique developing his back foot play⠀⠀In the sub continent it's common practice to stay inside the ball and create space to hit through the offside. It is the main reason the vast majority of subcontinent players experience difficulty when first playing abroad on bouncer wickets⠀⠀Abdullah has huge potential. If he continues to work hard and think bigger by preparing for his best future, there's no reason we shouldn't see this young man playing on the International stage ⠀⠀#cricket #cricketcoaching #crickettraining #cricketacademy #tcacoaching #elitecricketcoaching #simplebatting #unweighted #countycricketer #countycricket #tcatips #capetown #cricketer #cricketer🏏#lovecricket❤️ #pumasouthafrica #puma #foreverfaster cricket🏏#batting #batsman #coaching #battingperformancespecialist #battingspecialist #PSL #batflow #pullshot #ipl2020 #ECB #backfoot #pslv #psl2020

In national T20 cup 2020 Abdullah Shafique continued his form and became first Pakistani cricketer and only second in the world to score century on both first class and T20 debut. He announces his arrival in shortest format by scoring 102 not out of just 58 balls.

He ended the national T20 cup 2020 as 7th highest run getter with 358 runs in 10 matches with a century and 2 fifties under his credit, which prompted selectors to pick him in 22 member squad for series against Zimbabawe.

His batting technique is greatly hailed by many in domestic cricket. He plays conventional cricket shots and still manages to maintain good strike rate. His strike rate in national T20 cup which are his only credentials at the moment is 133 runs per 100 balls.

Abdullah Shafique stat in short career is just comprised of a first class innings and 10 T20 outings but he still manages to ring the door bells of national selectors and PCB.

Abdullah doesn’t have a sudden rise instead he came through system when he represented Multan U16’s & U19’s before upgraded to Pakistan Under 19 team which played against Sri Lanka and also represented Pakistan in U19 Asia Cup.

Born in Sialkot in 1999, cricket runs in the family for him as his father Shafique Ahmed is a former first class cricketer and his uncle Arshad Ali played international cricket for UAE during 2004 to 2008. 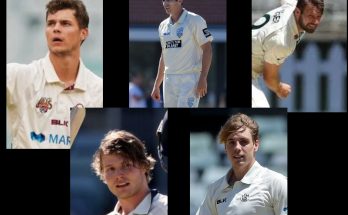